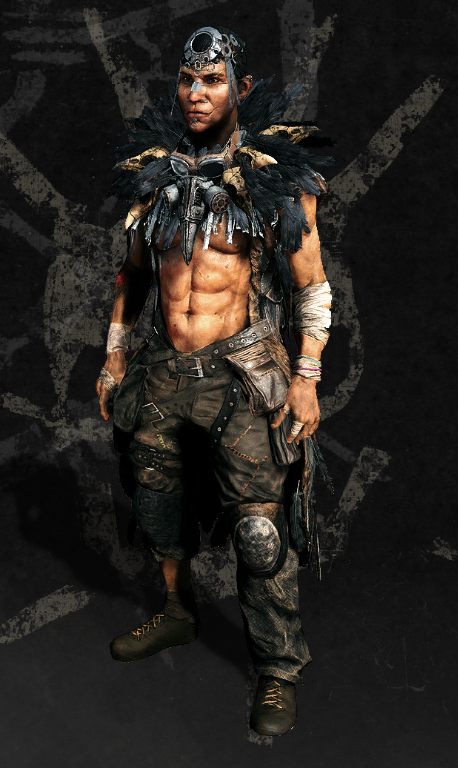 "If you have the urge to merge with wheels four - the ritual is here, so slip a gear and put the pedal through the floor!"

Crow Dazzle is one of the Characters in the Mad Max video game.

"Crow Dazzle is the go-to guy for racing outside of Gastown. Not much is known about this rhyme-slingin' racetrack-gambling thrill purveyor except that he seems to have an almost uncanny knack for staying off Gastown and the Citadel's radar and surviving without having to kick up any income to people like Scrotus.

As driving vehicles is the primary way of survival in the Wasteland, over the years, elaborate folklore has come to surround this skill and vehicles in general. The most bizarre yet creative aspect might be the "death races". Nobody knows how they started but they are unanimously accepted as canon in this world. Simply put: death races test a driver's skill on a physical and a perceived metaphysical level. The master of death races is Crow Dazzle and it is to him you go to "bind the vehicle to your soul"."