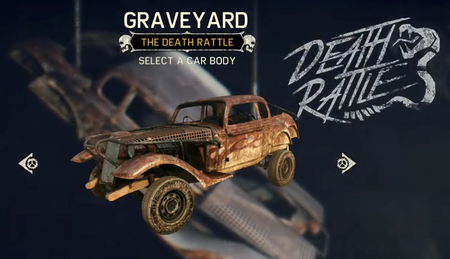 "See the sanctified spectacle that is Death Rattle. Our Magnum Opus would look good in such a cracking frock!"

It can be found in the Buzzards scrapyard at the beginning of the game or out in Cadavanaugh. Be careful though. The outpost its hidden in is well guarded by a large Roadkill contingent.

This article is a stub. You can help Mad Max Wiki by expanding it.