The Hardball is one of the Rare Vehicles in the Mad Max video game. The Hardball resembles a 1959 Oldsmobile station wagon cut into a truck. The front fenders and hood are cut and lengthened. It is also reinforced to hold equipment/boarders in the bed.

"The off-road guardian watches over this mighty marvel. None will catch her as she flies over this jagged land with ease. Exceptional protection on the undercarriage too!"

The Hardball can be found in the South-East corner of Parched Moon in Gutgash's territory.

Like many vehicles in the game, the Hardball is based on a car previously shown in the film Fury Road. In this case, the vehicle was a pendulum boarding vehicle used by the war party of the People-Eater, of Gastown. In the film, the vehicle and those like it are known as "Polecats". 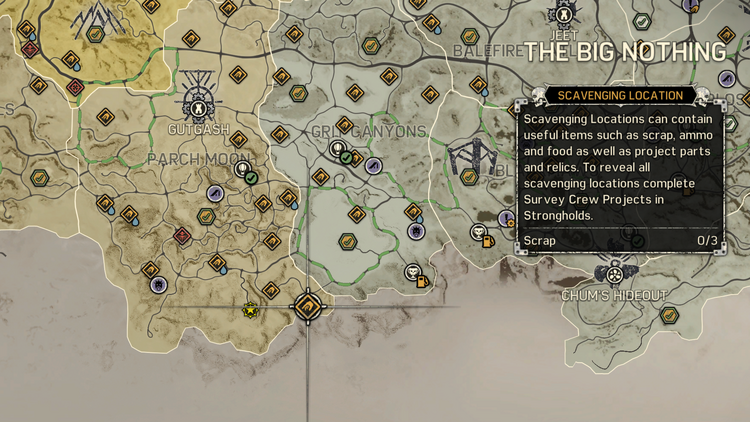